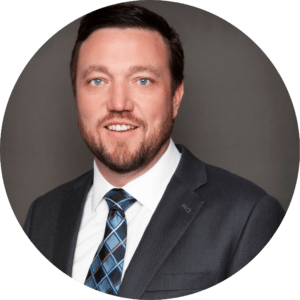 “Brandon Davis began Swan Energy, Inc in 2008, and serves as its CEO. Swan Energy Inc. manages over ninety (90) partnerships that participate in over two-hundred (200) oil & gas wells in five (5) states.

Brandon was born in Elk City, Oklahoma. Davis’ startups and partnerships cover a wide range of industries from Nutrition 53, with former NFL linebacker Bill Romanowski, to ownership of Swan Racing, which competed in the NASCAR Sprint Cup Series from 2013-2014.

The success of the Swan Energy family of companies is in part due to Davis’ insistence on greater transparency and high-quality oil & gas projects that mutually benefit all involved parties. Davis also applies his unique hands-on approach to Oil & Gas Asset Clearinghouse, LLC, which he acquired in 2016. Since 1992, the company has successfully closed over 32,000 transactions involving more than one million properties and has generated more than $13.2 billion in sales.

In 2015, The Denver Business Journal honored Brandon with the “40 Under 40” award, recognizing him for both his professional success and his involvement in Denver-area charities. Mr. Davis and the Swan Energy family of companies actively support several charities, including the Juvenile Research Diabetes Foundation, The Special Olympics, The Kempe Foundation, and Engineers Without Borders. Brandon lives in Houston with his two sons and enjoys spending time on their family farm.